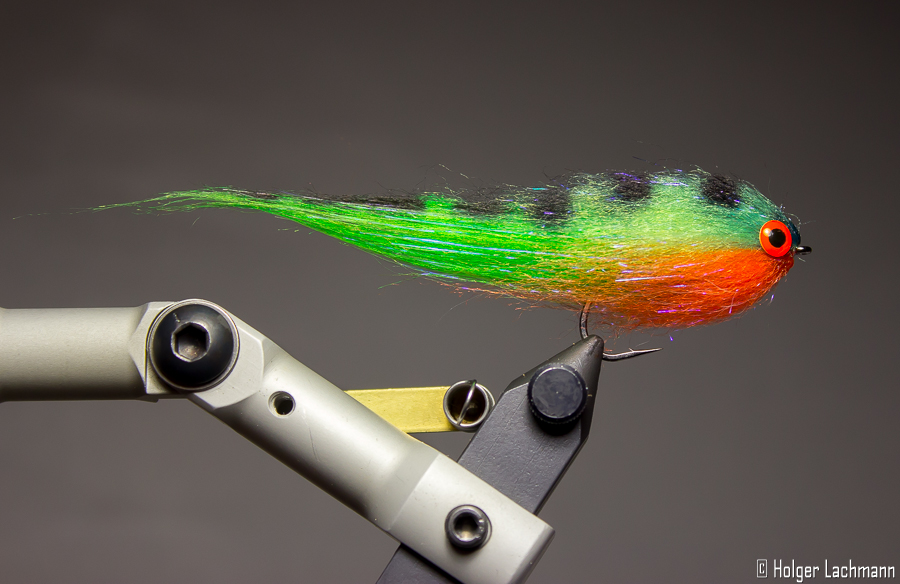 My buddy Alex from adh-fishing knows, that I like or maybe I should say love Polar Fibre for some of my flies (especially the Baltic Candy). When he called recently, he told me „…we got some new cool stuff, for example the Polar Fibre Streamer Brush, I’m pretty sure you will like it!“

Some days later I got it at my home. ADH did already a video how to use it for pike and big saltwater flies (click here to see the video).

When I saw it, I just thought „BAITFISH“!

I made a little step by step of my first attempt. Yes, that what you see on the pictures was really the very first time I’ve tied with the Streamer Brush. It’s very easy and you don’t need much of it. You can get it in different colors and also in two tone combinations. A little bit of UV-Flash is also already in the brush, so you don’t need extra flash.

I will do a closer look at it soon, but for now, let’s start with the step by step! 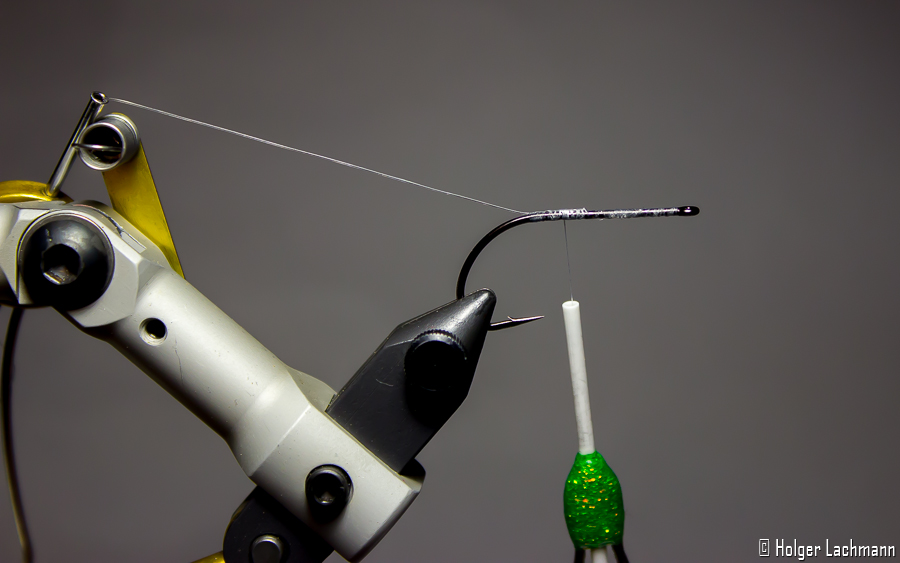 Do a thread base and tie in the mono for the ribbing. 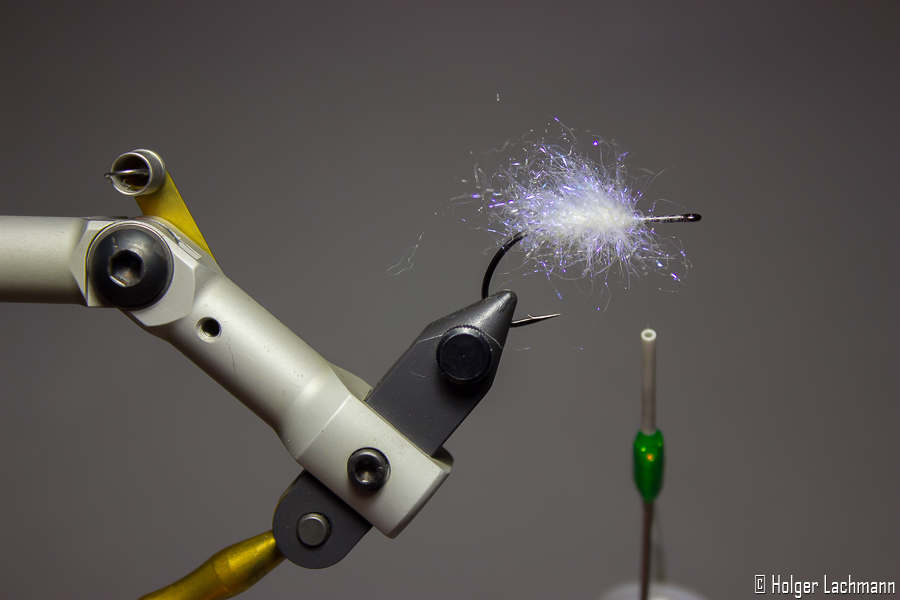 Dub a body 2/3 of the hook shank and rib it with the mono. Then give it a good brush with you velcro. 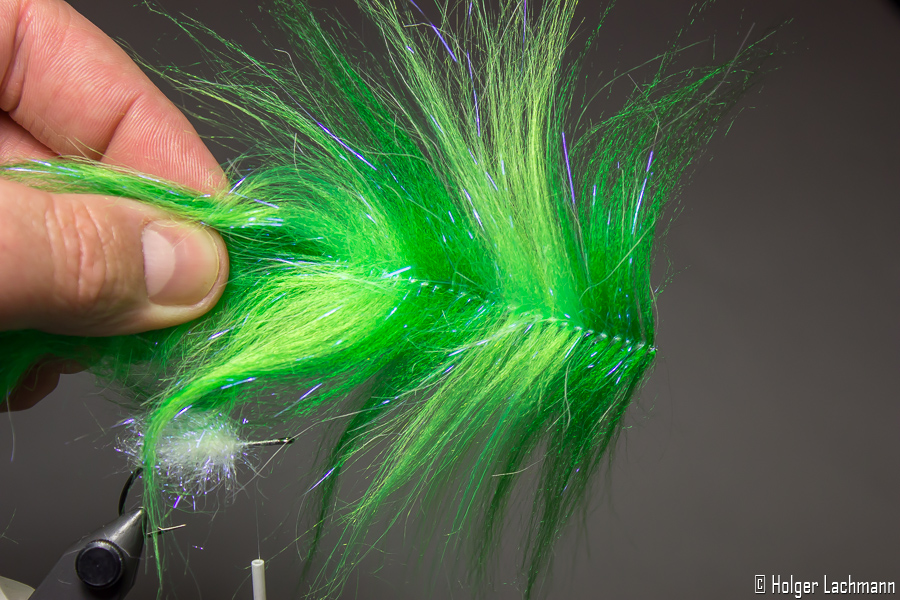 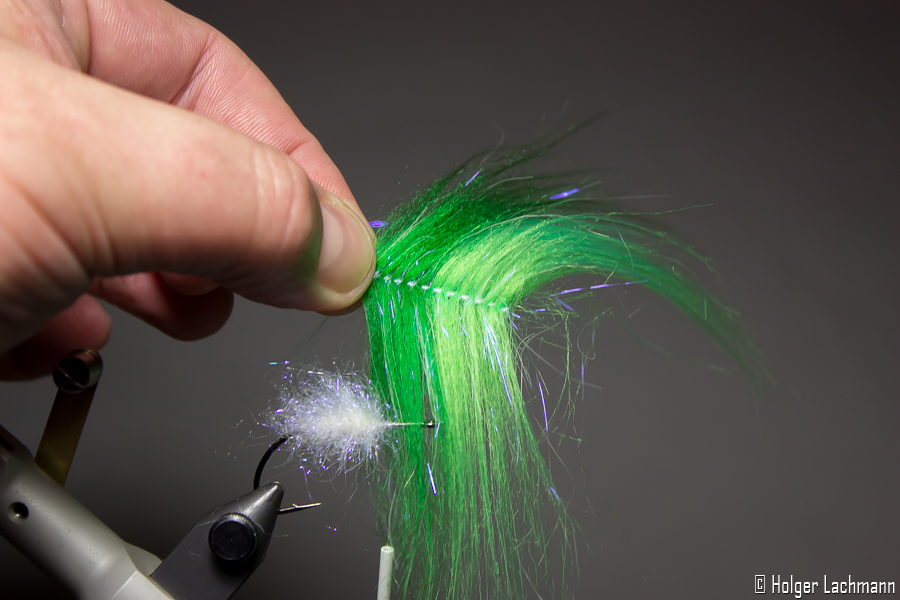 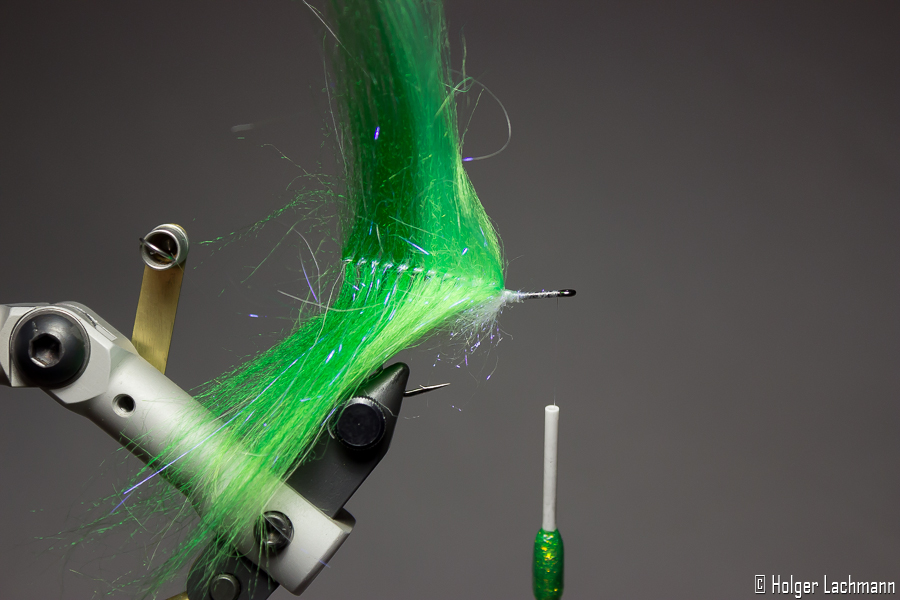 Take the Polar Fibre Streamer Brush and cut of a two colored segment like shown and tie it in. 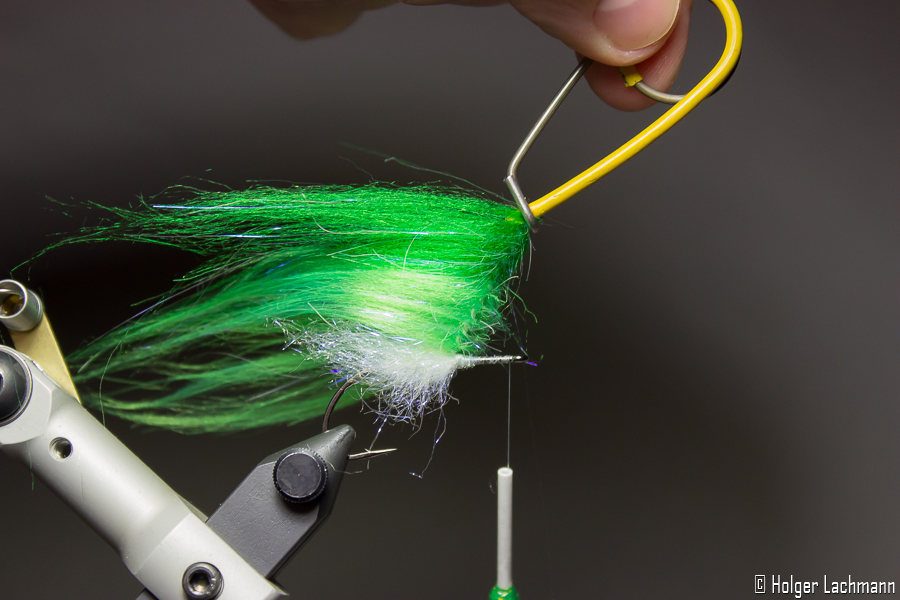 Grab the wire with a hackle plier and wind the fibres back. 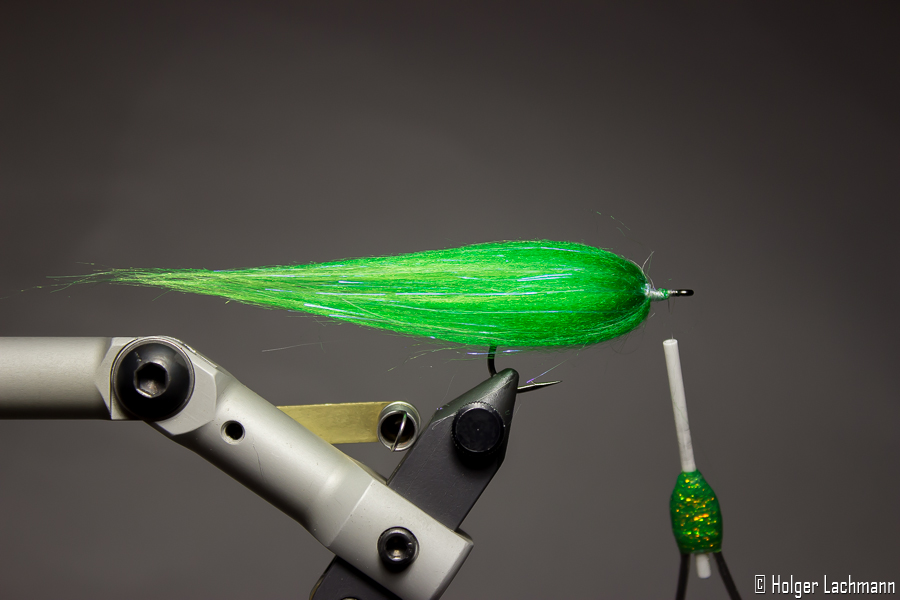 Wind the Streamer Brush around the shank and comb it backwards. Catch the end with your thread and secure it. Use a drop of super glue or varnish to make it super strong. 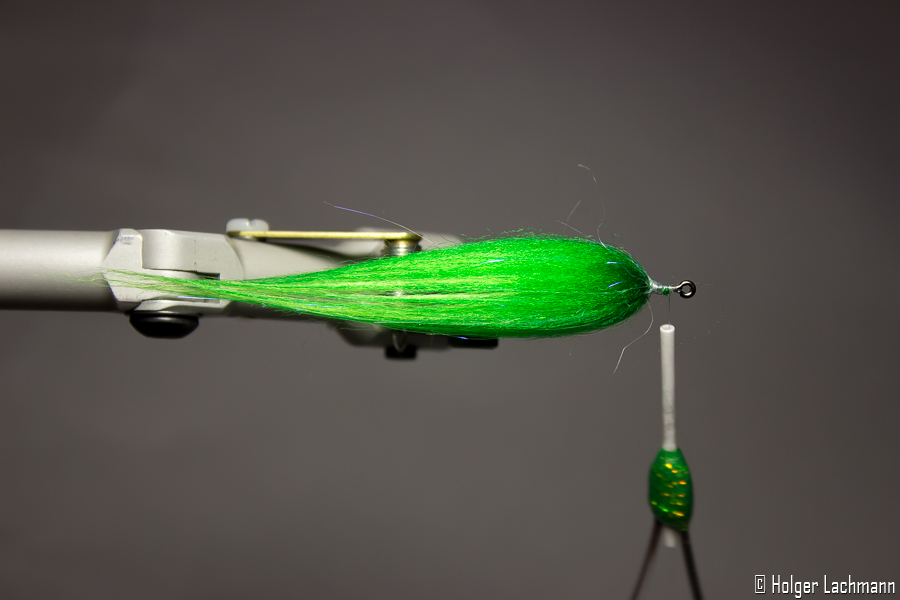 View from above. A nice baitfish like drop shape. 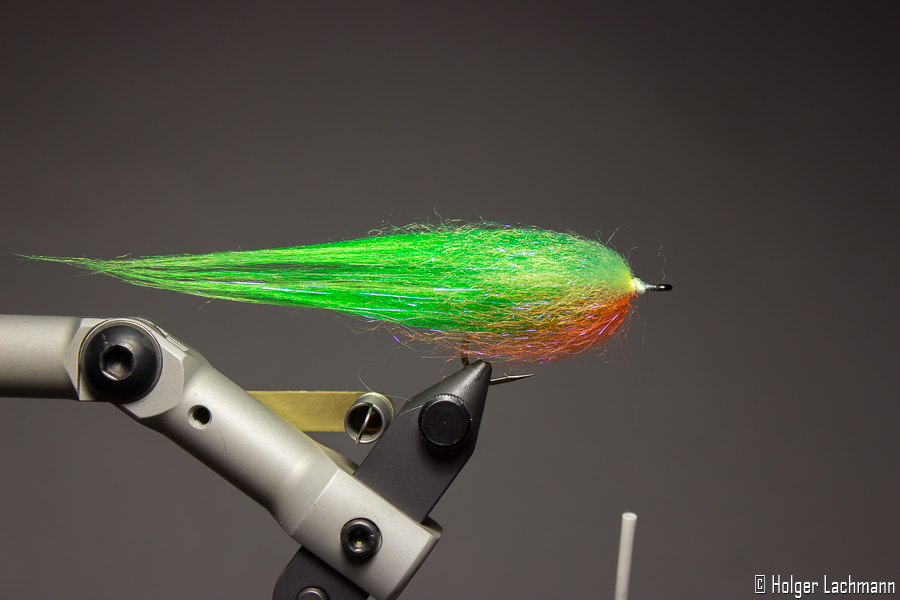 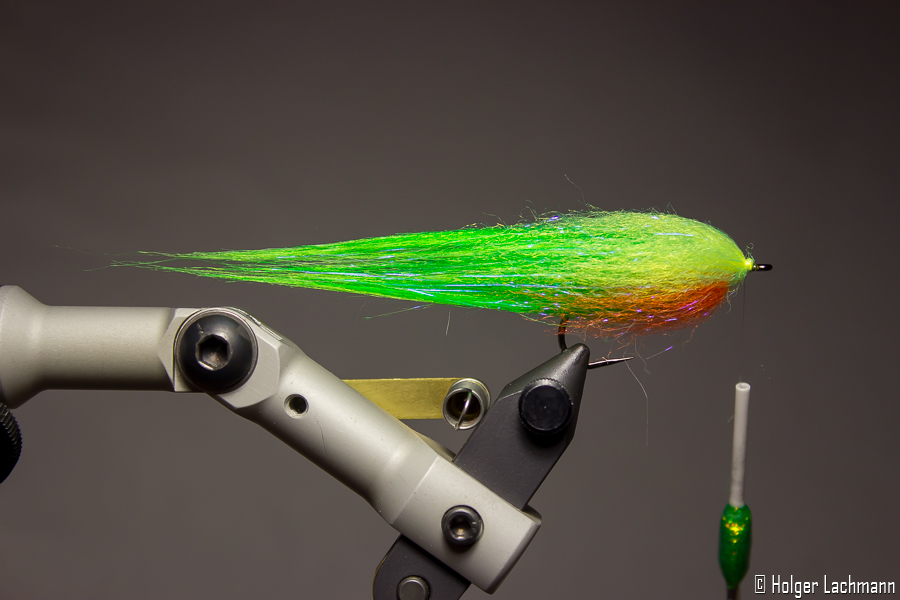 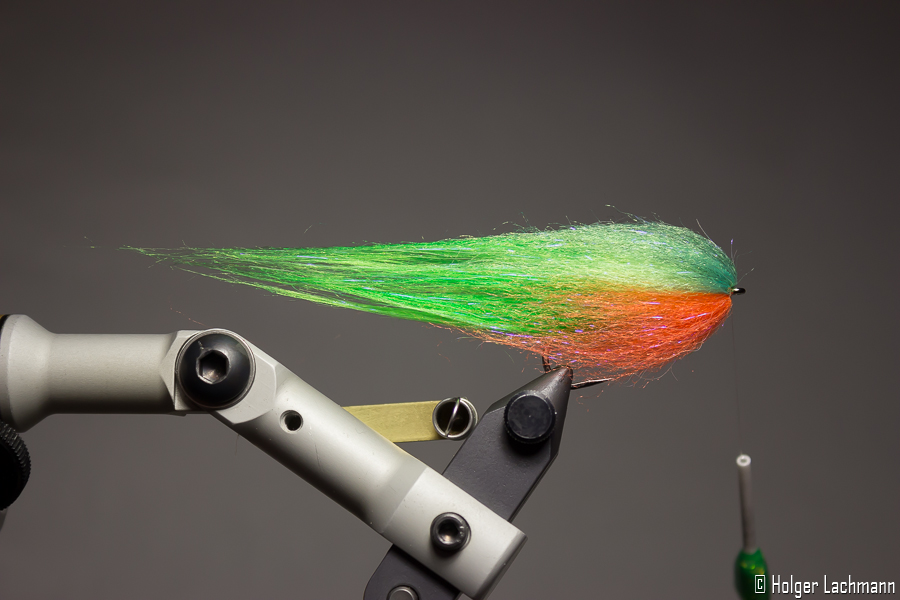 Add clumps of Laser Dub to build up the head. You don’t need much. You should also comb the Laser Dub to align the fibres. 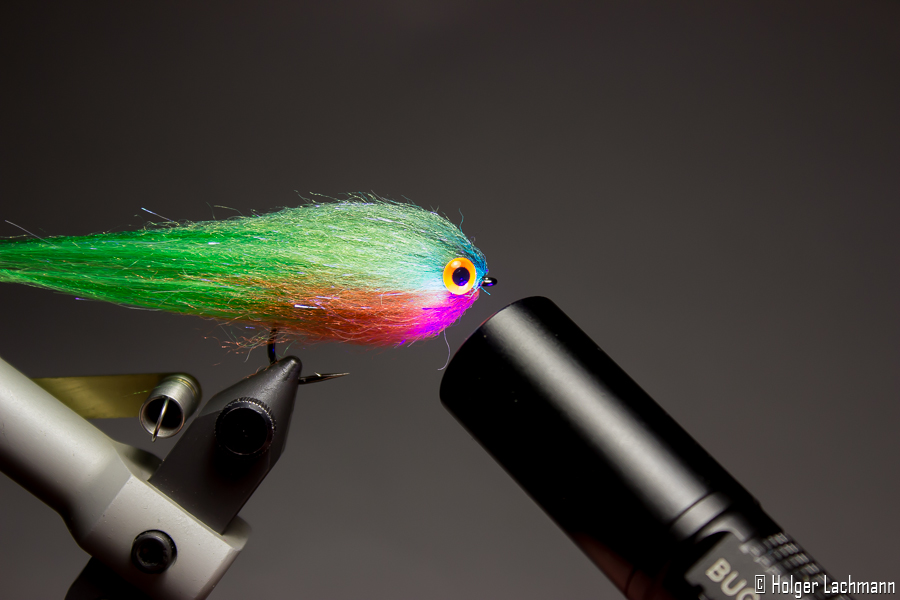 Put the eyes on the head by using super glue gel and let some drops of Bug Bond Lite soak up into the front of the head to make it strong.