Just finished 15 Shrunken Heads today. A lot of material, a lot of work, a lot of bling bling. 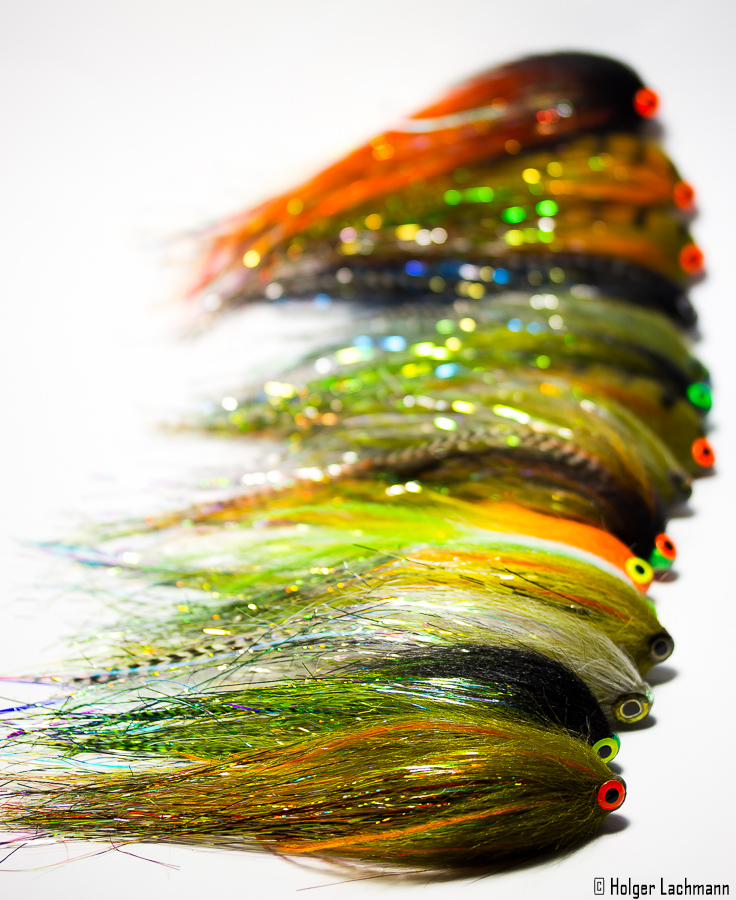 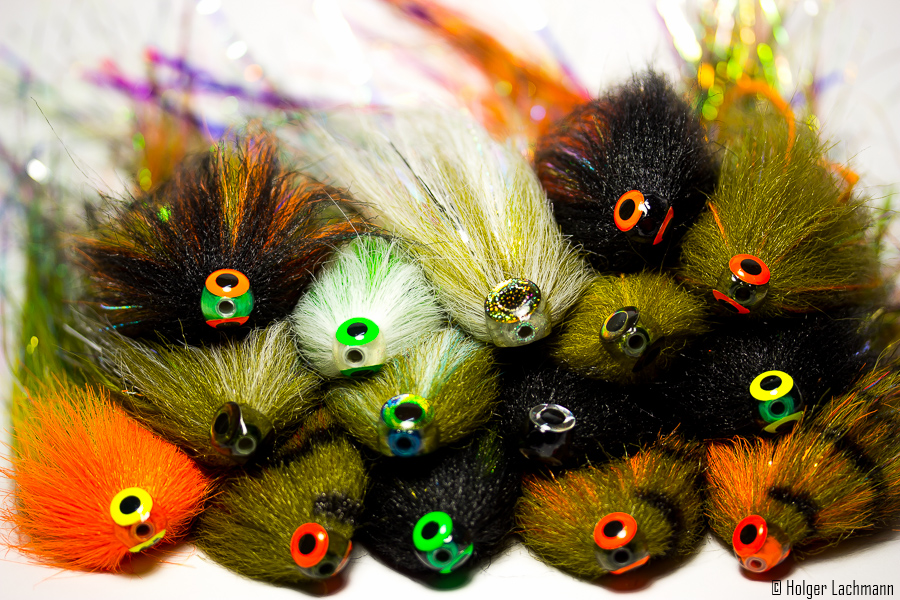 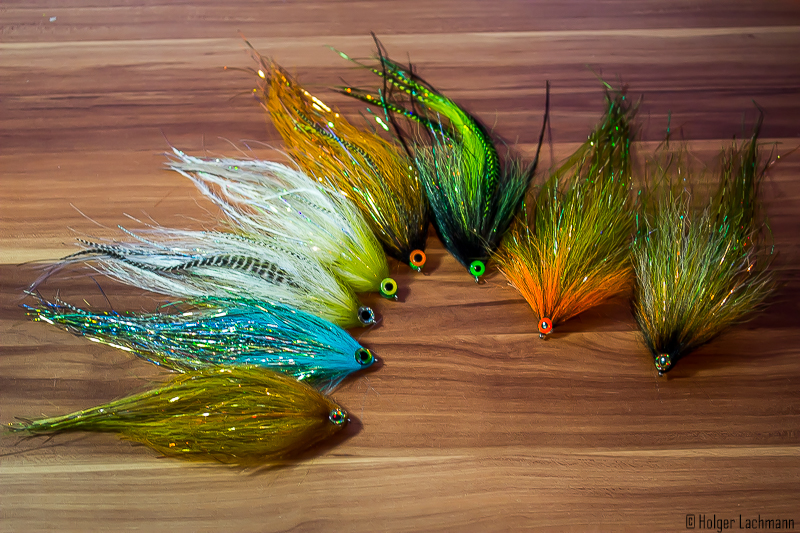 Got some new cool materials for testing! Main topic: PIKE!

I will do some „a closer look at…“ in the near future. Here is the first fly I’ve tied with some of the materials. A big, but very lightweight articulated pike fly. Even if it looks very big, it’s not as hard to cast as you might imagine.

After tying some flies for grayling in size 18 & 20 I decided to tie two pike flies on Partridge Predator hooks size 4/0 as an equalization….one very colorful, the other one in muted colors….

Here’s an example for an articulated pike streamer, which is easy to cast, because we try to create volume without putting to much material into the fly. To much material makes the just inflexible (and expensive ;-) )

I used for this pattern the new articulated shanks from the Flymen Fishing Co. in 35mm to get the right movement and position of the hook.

Put the hook into the vise, do some turns with your thread and tie in the fox as tail and some strands Flashabou Mirage.

Split your tying thread or form a dubbing loop and put the ice dub between and twist it. Then brush it with your velcro and wind it around the hook shank.

Push the fox hair with an empty pen towards the hook bend. Then tie in a green grizzly hackle on each side and some strands of krinkle mirror flash. Whip finish and secure with super glue.

Attach the hook with the articulated shank and put the shank into your vise. Then close the gap with a strong thread and super glue (the little pearls on the thread) to fix the hook. This will hold forever!

Tie in two green grizzy hackles and some krinkle mirror flash. Then comb a bunch of black arctic fox and tie it in like shown on the picture. Trim away the waste and do some rounds with dubbing and do a quick whip finish secured with super glue.

Push the black fox backwards, attach the eyes and secure the whole head with Bug Bond.

That’s it! Ready to go. Have fun with the pikes!